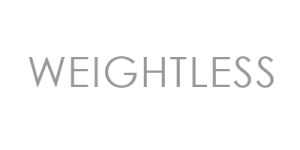 Weightless a set of LPWAN open wireless technology standards for exchanging data between a base station and thousands of machines around it. These technologies allow developers to build Low-Power Wide-Area Networks (LPWAN).

There are currently three published Weightless connectivity standards Weightless-P, Weightless-N and Weightless-W. Weightless-N is an uplink only, ultra narrow band technology operating in licence exempt sub 1GHz spectrum in what is commonly known as the Industrial, Scientific and Medical (ISM) bands. In Europe this includes a range of frequencies around 868MHz; in North America around 915MHz. Weightless W is a low power wide area network designed to operate in the TV whitespace. Weightless-P is the main focus of the Weightless SIG as it is a truly bi-directional, narrowband technology that can operate in both license and unlicensed frequencies.

Weightless is managed by the Weightless SIG, or Special Interest Group, which was revealed to the public on 7 December 2012. An inaugural event for industry was held at the Moller Centre in Cambridge, UK by Cambridge Wireless on Friday, 30 September 2011. Representatives – mainly engineers – from many companies from around the world attended. Presentations were given by Neul, Landis+Gyr, Cable & Wireless, and ARM.

The intention is that devices must be qualified by the Weightless Special Interest Group to standards defined by the SIG. Patents would only be licensed to those qualifying devices; thus the protocol, whilst open, may be regarded as proprietary.