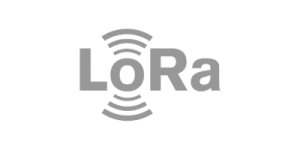 A Low-Power Wide-Area Network (LPWAN) or Low-Power Wide-Area (LPWA) network or Long range (LoRa) or Low-Power Network (LPN) is a type of wireless telecommunication wide area network designed to allow long range communications at a low bit rate among things (connected objects), such as sensors operated on a battery. The low power, low bit rate and intended use distinguish this type of network from a wireless WAN that is designed to connect users or businesses, and carry more data, using more power. The LPWAN datarate ranges from 0.3 kb/s to 50 kb/s per channel.

A LPWAN may be used to create a private wireless sensor network, but may also be a service or infrastructure offered by a third party, allowing the owners of sensors to deploy them in the field without investing in gateway technology.

LoRaWAN is a media access control layer protocol for managing communication between LPWAN gateways and end-node devices, maintained by the LoRa Alliance. Version 1.0 of the LoRaWAN specification was released in June 2015.

On top of this physical layer, there are two main competing protocols:

LoRaWAN defines the communication protocol and system architecture for the network while the LoRa physical layer enables the long-range communication link. LoRaWAN is also responsible managing the communication frequencies, data rate, and power for all devices. Devices in the network are asynchronous and transmit when they have data available to send. Data transmitted by an end-node device is received by multiple gateways, which forward the data packets to a centralized network server. The network server filters duplicate packets, performs security checks, and manages the network. Data is then forwarded to application servers. The technology shows high reliability for the moderate load, however it has some performance issues related to sending acknowledgements.

Whether the simple deployment of a monitoring sensor or implementation of a complete systems architecture, IRIS IoT delivers a solution that will improve performance and increase productivity.