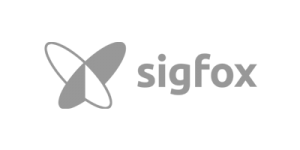 Sigfox is a French company founded in 2009 that builds wireless networks to connect low-energy objects such as electricity meters, smartwatches, and washing machines, which need to be continuously on and emitting small amounts of data.

Sigfox is based in Labège near Toulouse, France, and has over 80 employees. The firm also has offices in Madrid, San Francisco, Sydney and Paris.

Sigfox employs a proprietary technology that enables communication using the Industrial, Scientific and Medical ISM radio band which uses 868MHz in Europe and 902MHz in the US. It utilizes a wide-reaching signal that passes freely through solid objects, called "ultra narrowband" and requires little energy, being termed "Low-power Wide-area network (LPWAN)". The network is based on one-hop star topology and requires a mobile operator to carry the generated traffic. The signal can also be used to easily cover large areas and to reach underground objects.