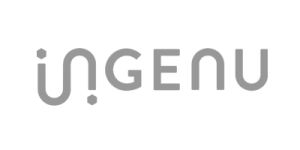 Ingenu, formerly known as On-Ramp Wireless, is a provider of wireless networks. The company focuses on machine to machine (M2M) communication by enabling devices to become Internet of Things (IoT) devices.

The company was renamed to Ingenu in September 2015. Initially the company focused on utilities, but in 2012 expanded to the gas and oil verticals. The Ingenu brand launch in September 2015 coincided with the announcement of the Machine Network, Ingenu's public network dedicated to machine connectivity.
Technology

Using the free 2.4 GHz ISM bands, Ingenu’s hardware has been tested at over a 30-mile range in the 2.4 GHz free ISM band while maintaining low power operation. It is optimized for robustness, range and capacity.